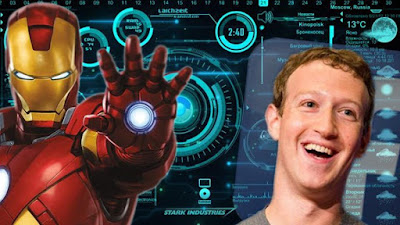 Mark Zuckerberg introduced his virtual butler yesterday on Facebook in a video post which shows Mark, Priscilla, Max and dog Beast at home in different scenarios where Jarvis can help. The video showcases an idealized version of how the Jarvis system works.


For those of you who don’t know, the whole invention of this AI is inspired from the artificial intelligence system designed by Marvel comics’ Iron Man aka Tony Starks where Jarvis can run voice commands, respond to texts,  run music, operate the air conditioning,  doors, recognize visitors and even shoot t-shirts from a cannon in his closet.

Not just functioning like a robot, Jarvis can also take decisions like whom to tickle next and in the video it was Max. Zuckerberg has bigger plans with Jarvis by not just confining him to the walls of a home. He states, “It could be a great foundation to build a new product” he wrote on a note released on a day prior to the launch of the video post. Read the note here.

He identifies the common obstacles like the absence of common standards for communicating with connected devices, machine learning and the challenges related to speech recognition. However, he also states that challenges lead to greater inventions.

Teaching computers new things is difficult, while they are very good at picking up patterns says Zuckerberg. Everything done by him this year including natural language, face recognition, speech recognition, are variants of the same fundamental pattern recognition techniques. He says even if he spends another 1000 hours more, it won’t be possible to build a system that could learn skills on its own.

In the meanwhile being sweet to his wife Mark posted another video on his timeline showing the kind of patience she displayed while he was busy building the butler.