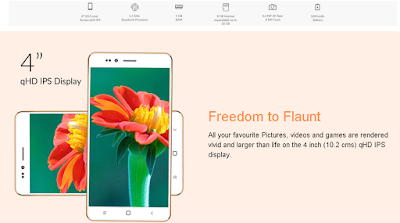 The Freedom 251, which Ringing Bells says has been made 'with immense support' from the Indian government, complies with the government's Make in India program. With such a price point, the little know smartphone maker from Noida is aiming to make the smartphone accessible to everyone.

The Freedom 251 understandably sports entry-level hardware specifications. It sports a 4-inch IPS display (resolution unspecified). It is powered by a quad-core SoC from an unspecified brand clocked at 1.3GHz, coupled with 1GB of RAM. The Freedom 251 comes with 8GB of inbuilt storage, which can be expanded via microSD card (up to 32GB). 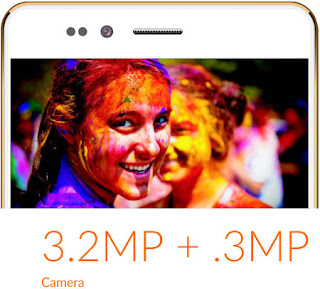 Other specifications of the Freedom 251 include a 3.2-megapixel rear camera, a 0.3-megapixel front-facing camera, 3G support, Wi-Fi connectivity, and a 1450mAh battery. The Freedom 251 smartphone ships with a number of apps pre-installed on it. Some of which include Women Safety, Swachh Bharat, Fisherman, Farmer, Medical, Google Play, WhatsApp, Facebook, and YouTube. Ringing Bells assures that it has more than 650 service centres across different parts of India, and is giving one-year warranty on the smartphone. If you are wondering how to book the Freedom 251, it will be available for purchase via a website later this week, though it may be June before all shipments are completed. 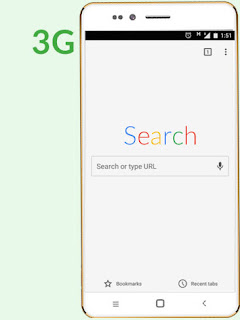 Thousands of users may not find the Freedom 251 smartphone interesting - after all, it doesn't feature impressive specifications, the main USP of most Android smartphones. However, the specifications provided at the staggeringly low price point of Rs. 251 are certainly remarkable.

A low-cost smartphone such as the Freedom 251 has the potential to make a big impact in the country. According to estimates from last year, only 14 percent of the population in the country has access to a smartphone. 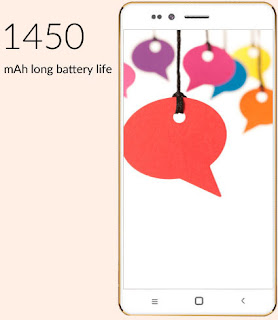 At this point, Indian government's role behind the phone isn't clear - and whether or not the government is subsidising the phone. We expect to learn more about it later on Wednesday evening at the official launch event of the smartphone. The event will see a number of top Indian officials including Sri Manohar Parrikkar, Union Minister of Defence, and Dr. Murali Manohar Joshi, Member of Parliament.


source: gadgets.ndtv.com
by Manish Singh
Posted by Alegra Broadband at 03:41 No comments:

In 2014, Utkarsh Tandon, at the time a freshman at Cupertino High School in California, developed a machine learning model for his science fair project that collected and classified data on sufferers of Parkinson's disease. He won the fair, and, as part of his first place award, received a grant from the UCLA Brain Research Institute. A year later, the high school sophomore has turned his science experiment into a marketable product. The OneRing, now raising funds on Kickstarter, is a wearable device that monitors Parkinson's patients' tremors and delivers the data to an iOS app in the form of a digestible daily report. 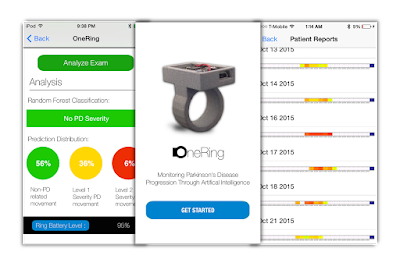 The OneRing, named for the powerful ring at the center of J.R.R. Tolkien's Lord of the Rings, is a 3-D printed plastic ring topped with a flashdrive-like box that houses a Bluetooth microchip. Using an algorithm developed by Tandon, the device senses tremors commonly experienced by Parkinson's patients, classifies them based on severity, and generates a daily report that provides time-stamped analytics about the users' movements during each hour of the day. The movement patterns of the hand are divided into three categories: dyskinesia, bradykinesia, and tremor. "With these classifications it can be packaged in these very coherent patient reports that the physicians and the patients can read and interact with in a way that better recommends medication," Tandon says.

WHATSAPP AND GMAIL both announced overnight that they now have a billion members, which means that a seventh of the world's population are using the services. 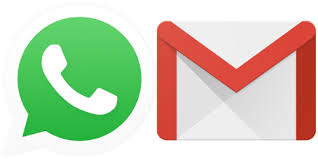 News of WhatsApp hitting the one billion user milestone was lauded by Facebook CEO Mark Zuckerberg, who is likely to be rubbing his hands together at the thought of how much data he'll be able to get his grubby mitts on.

"One billion people now use WhatsApp. Congrats to Jan [Koum], Brian [Acton] and everyone who helped reach this milestone!" Zuckerberg said.

"WhatsApp's community has more than doubled since joining Facebook. We’ve added the ability for you to call loved ones far away. We've dropped the subscription fee and made WhatsApp completely free. Next, we're going to work to connect more people around the world and make it easier to communicate with businesses.

"There are only a few services that connect more than a billion people. This milestone is an important step towards connecting the entire world."

WhatsApp co-founder Jan Koum said in a post on Facebook that 42 billion messages, 1.6 billion photos and 250 million videos are shared every day on the platform, adding that there are now over one billion groups on the service.

Google CEO Sundar Pichai shared the news with investors and media during Alphabet's Q4 2015 earnings call on Monday, adding that Gmail hit the milestone in the past quarter.
This is the seventh Google service with a billion users, joining Search, Chrome, Android, Google Play, Maps and YouTube.

source: the INQUIRER
By: Carly Page
Posted by Alegra Broadband at 03:57 No comments:

An Invisible Cloud of Gas is Speeding Towards Us At 700,000 Miles Per Hour 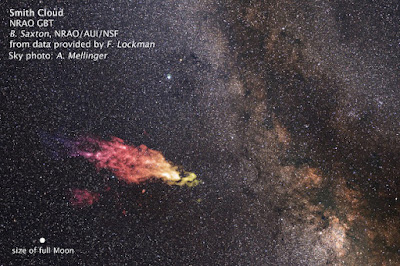 SAXTON/LOCKMAN/NRAO/AUI/NSF/MELLINGER
This visualization of the Smith Cloud shows its size compared to the size of the Earth's moon.

An invisible cloud of gas is speeding toward our Milky Way galaxy at 700,000 miles per hour. But don't worry: It will take about 30 million years to get here.

It's a case of “what goes up must come down," according to Hubble Space Telescope astronomers who say the space cloud likely originated in our galaxy and is boomeranging back. When it returns, they predict "a spectacular burst of star formation, perhaps providing enough gas to make 2 million suns."

Astronomers are aware of many space clouds, but the Smith Cloud is unique because its trajectory is well-known.


“The cloud is an example of how the galaxy is changing with time,” said Andrew Fox of the Space Telescope Science Institute in Baltimore, Maryland. “It’s telling us that the Milky Way is a bubbling, very active place where gas can be thrown out of one part of the disk and then return back down into another. 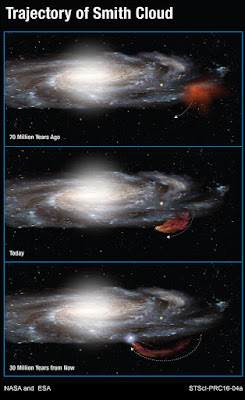 Doctoral astronomy student Gail Smith discovered the Smith Cloud in the 1960s. Researchers believe it is 11,000 light-years long and 2,500 light-years across.


Fox and his team recently used the Hubble Space Telescope to learn about the cloud's chemical composition and origin.

We only have 30 million years until it plows into the Milky Way.