USB stick that can instantly fry any machine

Killer USB stick destroys your computer in seconds
Russian hackers have created a USB stick that can instantly fry any machine it is plugged into. 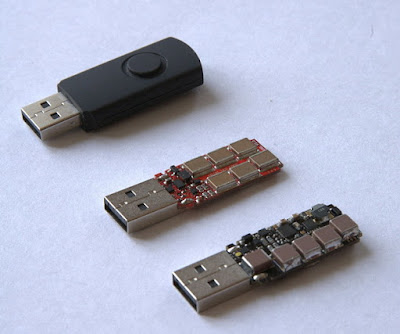 These 'killer' USB sticks can fry your laptop or phone in seconds, if plugged in.

A simple USB stick, created by a Russian security researcher known as 'Dark Purple' can instantly fry any machine it plugs into, including your laptop or TV.

The USB destroys laptops by sending 220 volts through the signal lines of the USB interface, rendering anything it is plugging into useless.

Dark Purple claims in a Russian-language blog post that the attack is not just limited to computers, but can used to incapacitate almost anything equipped with a USB drive. The examples he gives are smart phones that support USB mode, TVs, routers, modems, etc. His goal, he writes, is to test prototypes of "devices that perform only one function - the destruction of computers."

Although the laptop looks completely dead after the USB is done with it, Dark Purple claims that it will be restored once the motherboard has been replaced. "It is extremely unlikely that the hard disk or the information on it was damaged," he wrote.


This is good news as it means hackers who get their hands on the USB won't be able to wipe the data stored on your computer's hard drive - which is is probably more valuable to you or your business than the computer itself. 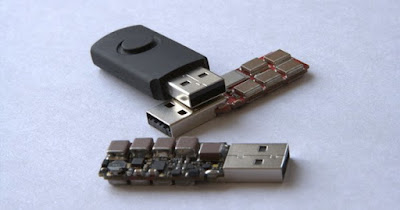 To protect yourself, don't plug in unknown USB sticks into your personal devices.

Source: The Telegraph
By:  Madhumita Murgia

Posted by Alegra Broadband at 07:00