IT SEEMS it's not just 'shutdowngate' plaguing iPhone 6S users, as the smartphone is reportedly suffering from a problem in the battery life department. 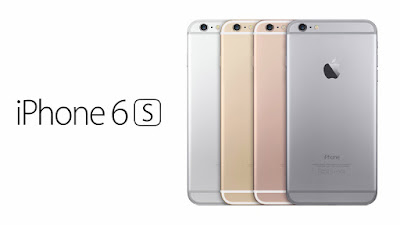 Not long after the iPhone 6S made its debut, it was revealed that there are two versions of the handset in the wild: one with a 16nm TMSC chip, and another with a Samsung chip built on the 14nm standard.

It was believed that, despite Samsung's chip being smaller, the two processors performed equally well, but MacRumours has revealed that this isn't the case. According to benchmark tests carried out on the iPhone 6S, the version with the TMSC chip offers almost two hours more battery life than the version with Samsung-made internals.

If you've got an iPhone 6S and want to check whether it has a TMSC or Samsung chip, you can do so by installing this app, users on Reddit are advising. TMSC's chip shows up as N66MAP or N71MAP, while Samsung's appears as N66AP or N17AP. However, it's worth noting that we tried using the app on our iPhone 6S, but didn't have much luck.


Read more: the INQUIRER
By Carly Page
Posted by Alegra Broadband at 08:47